A quick post today on the signatures of tenement designers. The Herter Brothers were German-Americans who worked for many Jewish clients although they themselves were not Jewish. Kerri Kulhane, in her superb historic district survey of the Chinatownn & Little Italy, points out that it was often the immigrant landlords who preferred the gauche and splashy ornaments, while Protestant elite landowners like the Astors, avoided it as poor taste beneath them. The Herters not only included terra cotta masks and rinceaux panels, they developed themes so distinctive that anyone can recognize their imaginative hand and eye instantly. We've already seen the Moses

Although the bust of Moses is unique, the image of pharoah appears on Orchard Street tenements as well, and the Star of David and half shells became a frequent element on their buildings. 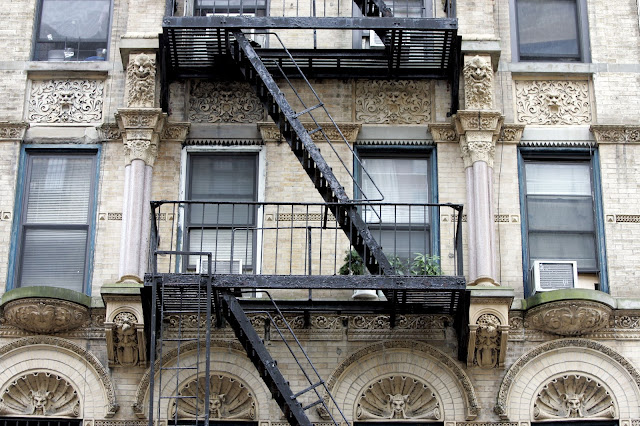 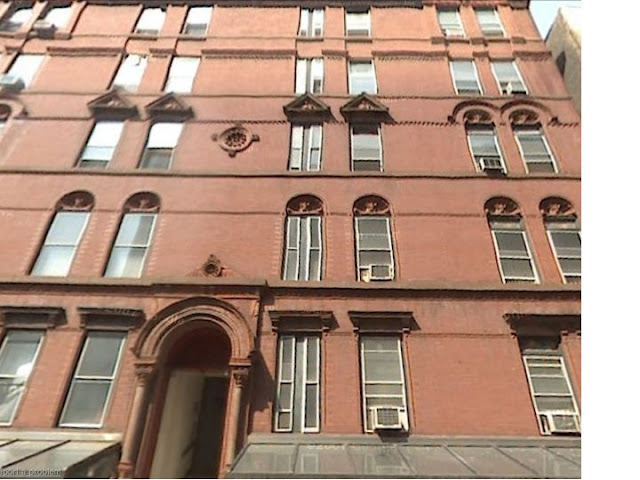 60 Bayard St. (1 Elizabeth St.) immediately above holds a particular fascination. The half shells contain horned gremlins with Chinese faces. The Star of David is displayed prominently as well. Bayard Street was a Jewish neighborhood when the building was constructed in 1888, but the Chinese demographic was beginning to grow as well. You'll notice that the brick and terra cotta match. The lintels are red sandstone, and the columns of red granite, also matching. Looking across the street, the terra cotta, the brick and the stone are all of different colors highlighting the different architectural materials, one of the points of the using different materials. 60 Bayard is a kind of clever -- and elegant -- joke: all these different materials, all matching and almost indistinguishable from one another.

The Herters also designed the Eldidge Street Synagogue, all in sand-tinted terra cotta. There it lends a dignity of uniformity. On the tenement, it's wry.

All the buff color tenement's masks are gremlins -- a kind of Walpurgisnacht fantasy with late Renaissance ornament.
Next up, the most sophisticated aesthetic statement from the German community
Posted by rob at 11:45 AM