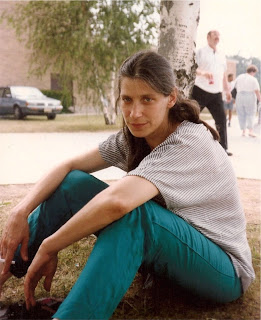 The tenant movement lost one of its most effective, brilliant, dedicated, and dynamic fighters April 29, when Janet Freeman, called variously “the Jane Jacobs of our time,” “the Mahatma Gandhi of the Lower East Side,” and “the angel of Elizabeth Street,” died at the age of 60.

She was a community organizer and tenant advocate, a founder of the Croman Tenants Association, the Coalition to Protect Public Housing and Section 8, and of Co-op Watch, to prevent evictions through phony conversions. She started campaigns to organize Extell tenants and Shaoul tenants, and efforts against phony demolitions and landlord harassment. As lead organizer for the Neighborhood Coalition to Fight Proliferation of Bars, she defended the local Little Italy/Chinatown neighborhood’s character, fighting against invasive cabarets and upscale nightlife. 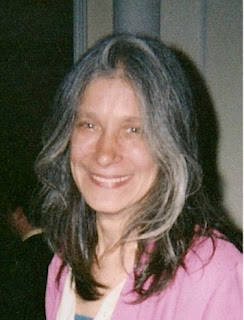 Freeman was widely admired among tenant advocates for an unusual mix of impressive qualities: her intellect and insight, her personal dedication to ordinary people, her passion for their rights, and the depth, breadth, thoroughness, and accuracy of her research. She employed these in an unbroken series of actions and campaigns for the last 22 years. Protective of her independence and integrity, and averse to bureaucracy, she almost always worked as a volunteer, even refusing paid positions for the same things she did freely.

In 1989, Freeman learned about the death of Lincoln Swados, a disabled tenant who died after his landlord, as part of a co-op conversion, built a construction shed around his apartment, effectively blocking his access to the street. She became a founding member of the Coalition for Justice for Lincoln Swados. Her work there led to the creation in 1990 of Lower East Side Co-op Watch, where she organized tenants in buildings undergoing conversion and created a database to analyze and track co-op conversions—both to challenge them individually and to raise the issue to the public, the media, and elected officials. Her campaign included demonstrations, speak-outs, and workshops, collaborating with the state attorney general’s office and Met Council.

Through the mid-1990s she counseled tenants on their legal rights as a Met Council tenant advisor. Strongly believing that tenants in private and public housing should work together in one unified movement, Freeman joined the East Village activist organization the Coalition for a District Alternative (CoDA) and Margarita Lopez’s campaigns for district leader and later the City Council, working door-to-door registering voters in the neighborhood’s housing projects. In 1996, in response to a federal bill to privatize the projects, she joined with public-housing activists to create the Lower East Side Coalition to Save Public Housing & Section 8, reaching out to tenants door-to-door; creating postcard and call-in campaigns; holding meetings, rallies, and forums several times each week; and coordinating the local effort with national organizing.

In 1997, when then-state Senate majority leader Joseph Bruno announced his intention to eliminate rent regulations, Freeman teamed up with Valerio Orselli, head of Cooper Square Mutual Housing, to mobilize and educate tenants. Despite opposition from then-City Councilmember Antonio Pagan, their forum attracted so many people that the speakers had to be brought out into the street to address those who could not fit into the hall.

In 2000, after over a decade of volunteer work, Freeman accepted a part-time position with the City-Wide Task Force for Housing Court, providing legal information for pro se tenants, tenants appearing in court without the benefit of an attorney. She was also the tenant representative for a pro se tenant coalition involved in an HP action, where she set a precedent by successfully arguing in court—both in written briefs and oral arguments—that the legal stipulations that define Housing Court settlements should require that the owner correct outstanding Department of Buildings and Environmental Control Board violations.

As real-estate values rose on the Lower East Side and in Little Italy and Chinatown, Freeman organized tenants threatened by aggressive landlord-developers. She founded the Coalition of Tenants in Croman-Owned Buildings, organized tenants in Extell-owned buildings, and worked with tenants in Shaoul buildings. She also fought the commercial transformation of the neighborhood, leading the fight against the proliferation of bars and nightlife in and around Little Italy and Chinatown.

Preferring to help others to stand and speak for themselves, Freeman did not promote herself. Nevertheless, her legacy is long. “If it weren’t for Janet, I wouldn’t be here,” says Damaris Reyes, now executive director of Good Old Lower East Side, whom Freeman brought into the movement. “She never acted like a teacher. She treated me as a friend.”


Steve Herrick observed her enthusiasm for people and ability to connect with them. “When we went door-to-door to organize tenants, Janet talked to them, advised them and was always interested in their stories,” he remembers. “Sometimes I’d have to drag her out of the building, otherwise we wouldn’t get anything done. I wouldn’t ask her for small or routine tasks, because she threw herself so thoroughly into every effort.” He also notes her keen intelligence. “Janet had this ability to perceive the big picture, connecting harassment to speculation and lenders. When Extell bought seventeen parcels in the Lower East Side, Janet was the one who drew the connection with the Carlyle Group [a private-equity fund that was one of the nation’s largest defense contractors, with ties to the Bush and bin Laden families].”

Freeman’s dedication to people resonated with all those who worked with her. Gina Cuevas, Manhattan borough coordinator of the City-Wide Task Force, remembers her “working after hours, helping clients, researching. She was unbelievable. I’ve never seen anyone work so hard and so dedicated. And she knew so much.”
Her character and her activism shared a consistent personal moral underpinning, according to Harriet Putterman, a founder of CoDA. “She was an egalitarian person, as interested in the process as the outcome,” always concerned “that tenants who weren't ‘leaders’ be valued and fully included in the activity or campaign.” “She could not tolerate or stand by while the innocent were being trampled or their rights being abused,” says Toni Craddock, a longtime friend and neighbor.

Her human motives were matched with an unusually high standard of research. “With Janet there was no room for error,” recalls Wasim Lone, director of housing services at GOLES. “No stone was left unturned, no detail ignored. She researched—DHCR, HPD, DOB, the rent rolls. She was a true professional, only motivated to do the right thing and get it done well.”

“She could catch anything dishonest, disingenuous, or inaccurate,” adds Robin Goldberg, who worked with her on the local nightlife problem, “Her work was fact-based.” “You would be hard pressed to go up against her,” notes Craddock. Pat Adams, who worked with Freeman on many housing campaigns, emphasizes her gifts, “She gave people tools, she gave them confidence, and she always gave other people credit.” “She gave direction to the neighborhood,” adds Georgette Fleischer, founder of Friends of Petrosino Square, who remembers her work on invasive bars.

The constant pressure from the real-estate industry on neighborhood residents exacted a toll on Freeman’s perseverance. “She helped many, many tenants in Little Italy and Chinatown,” Rosie Wong, senior housing advocate at University Settlement, recounts. “She was enthusiastic and committed, but also she was frustrated by all the changes she saw around her and what was happening in the city.”

A native New Yorker who grew up in Stuyvesant Town, Freeman’s roots in the neighborhood were deep.  She moved to her first apartment, on Elizabeth Street between Kenmare and Spring, at the age of 17, and she remained on the block for 43 years. For most of that time, she lived in a ground-floor residential storefront distinguished by its uncompromisingly authentic exterior that gave no quarter to gentrification or the commercial upscaling of the neighborhood. Her concern for the street began with an effort to line it with trees, decades before real-estate and nightlife speculators arrived.

Like her apartment, Freeman was staunchly authentic. People rarely encountered her without her bicycle, her cigarettes, and her coffee, along with her insight, passion, humor, and enthusiasm for people. “She was the real deal,” says Goldberg. “She really got life.”
[This article was originally published in Met Council's monthly housing journal Tenant/Inquilino, July/August 2011, edited by Steve Wishnia. My thanks for Steve's always expert edits and to Val Orselli who clarified the broad chronology. And damnit, I miss Janet.]
The text of this page is available for modification and reuse under the terms of the Creative Commons Attribution-Sharealike 3.0 Unported License and the GNU Free Documentation License